How do you free a country with a limited number of roads from a severe addiction? When it is an addiction to dirty, illegal petrol? That is the question that needs to be answered in Benin, in West Africa. The country’s economy is virtually at a standstill. It seems that the only growth there is in air pollution and the number of victims of road traffic accidents. Belgian company African Drive is seeking to bring about an energy transformation in Benin, and is being supported in that aim by the Business Partnership Facility, which is managed by the King Baudouin Foundation. 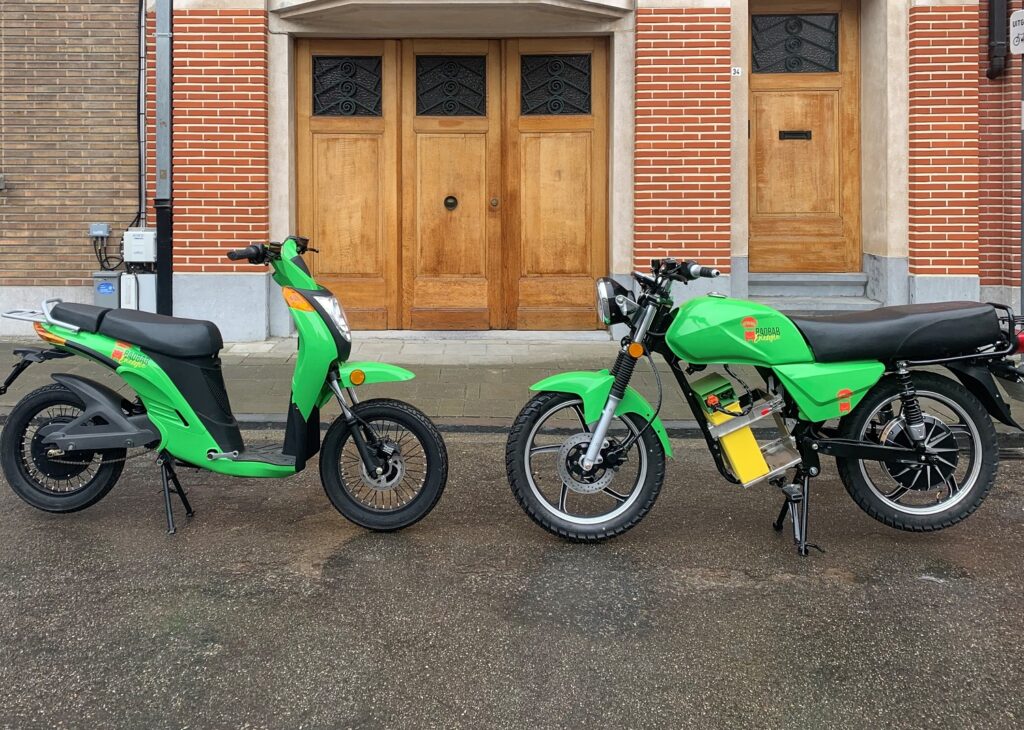 Benin is on a drip. Smugglers from neighbouring Nigeria bring in stolen crude oil in huge amounts. This is cracked locally to make diesel and petrol. The process takes place in the open air, under highly dangerous conditions. Even the way it is transported is utter madness. Young men are driving around on old mopeds with 700 litres of explosive cargo. The effects on the environment are horrible. Heavy metals and other harmful substances get into the air, soil and water with no controls. Eighty percent of fuel in Benin is said to come from this type of activity.

Economically Benin is going nowhere. Many people know nothing but informal, illegal trading, certainly when it comes to fuel. They depend on it for a living. Every time Nigeria makes smuggling more difficult, whole sections of the country simply shut down. African Drive wants to break this vicious circle. It is receiving support for its pilot project from the Business Partnership Facility, which is managed by the King Baudouin Foundation.

“If we can improve access to electricity through the use of electric vehicles, we can kill two birds with one stone. We can be involved in wealth creation and improve the air quality at the same time.”

African Drive was established by a group of Belgian entrepreneurs, ao Fried Vancraen, the CEO of 3D printing specialist Materialise in Leuven, Belgium. “We believe in solutions by setting up profitable companies. We give a first push, but always aim for completely self-reliant companies in Benin.” “It all began when Materialise went on a fact-finding trip to Benin and started organising educational summer camps there, says Jonas Van Eyck from African Drive. “Those summer camps are really special. At the start some of the participants had never seen a computer before. A few weeks later they were giving Powerpoint presentations on projects that they had dreamed up. There is a dual aim here. We select promising young people and give them a chance to study at our expense, as long as they work in their own country afterwards. Sometimes this generates good ideas. Baobab Express was one of these. It started in 2013 and has already turned public transport in Benin upside down.”

“The public transport system was completely inadequate. No-one could predict when a bus would arrive. They were often overloaded and dangerous. The whole north of Benin has no public transport at all”, says Jonas Van Eyck. “Baobab Express focuses on providing timely, safe transport. It is making a profit and is now the country’s largest bus company. It has a completely local management and team. The brand is very strong now. The slogan ‘Bouger et gagner ensemble, c’est bon!’ has taken on a life of its own. The drivers are now called ‘bougeurs’. And the ticket sellers are ‘gagneurs’. Everyone in Benin is talking about it. Many people want to be a ‘bougeur’ or a ‘gagneur’. The basic idea was: decent, affordable public transport for everyone. It is working. Baobab Express was a response to a social and economic need. It provides a better service, with a strong customer focus. Other companies are having trouble keeping up, and even better: we notice that they cannot but improve their service too. We now employ a team of 230 local young employees, who are supervised by a team of experienced Belgian coaches headed up by Chris Van Assche, the CEO of African Drive.

So critical, persuasive market positioning is worthwhile. Now this has to be done again to stop the crazy trade in petrol. It already has a name: Baobab Energie. It is a big challenge, but a superb ambition.

Now the battle against air pollution starts. “We want to introduce new mopeds that run on electric batteries. Those batteries should literally be the motor that will spread electricity throughout the country”, says Jonas Van Eyck. “You can power a moped with a battery. You can then attach a lamp or other household appliances to the same battery. And if you have a solar panel, you can start trading electrical power instead of illegal fuel. The potential is huge. In rural areas only 11 percent of households currently have electrical power, as compared with just over half of households in cities.”

This is the perfect time for it. The cost of batteries is falling very fast, which means that these mopeds are becoming affordable for users. “We are approaching the tipping point where running electric vehicles is becoming cheaper than using smuggled petrol”, says Jonas Van Eyck. “Our first target is the middle class: they have the resources to get involved. A time will come, however, when it benefits everyone. Just like the buses. All the added value from the power that is generated will stay within the country, contrary to what happens now with the fuel.”

“If we can improve access to electricity through the use of electric vehicles, we can kill two birds with one stone. We can be involved in wealth creation and improve the air quality at the same time. The Brussels inner ring road has cleaner air than anywhere in Benin. It is a tremendous problem. Every year an estimated 200 out of 100,000 people are dying from the consequences of air pollution.”

It will all stand or fall with the introduction of the new battery-powered mopeds. “People must see them as an improvement. They must be able to use them for everything they already do now: transporting people and goods as well. They will also be safer, healthier and less noisy. In the last two years African Drive has been working on a series of prototypes. “The next step is a real pilot project, with 20 users. We will see whether it catches on with people – and whether the government approves. In the case of Baobab Express the government was enthusiastic and that certainly helped us…”

Jonas Van Eyck feels well supported. “African Drive is providing funding and contributing its knowledge of Benin. For the design of the mopeds we are working with KU Leuven and we have top technology company IMEC in Leuven for the batteries. We have partners for solar panels, mobile payments and the digital platform that controls everything. We are also working with a local investment fund and we are of course very pleased with the recognition from the King Baudouin Foundation. That boosts our confidence. However, more partners and more know-how are always welcome.”

Right now the pilot project has the company’s full attention. In 2024, however, African Drive is hoping to unleash a real revolution in Benin. “We want to organise the management, production and maintenance of the mopeds locally”, says Jonas Van Eyck. “Our dream is to have a sustainable business model that creates wealth and benefits everyone. To achieve that you sometimes have to dare to think in creative and disruptive ways.”

The African Drive project is being co-financed by the Business Partnership Facility (BPF), a financing tool created in 2018 by the Directorate-General for Development Cooperation and Humanitarian Aid (DGD), part of the Ministry of Foreign Affairs. It is managed by the King Baudouin Foundation. The signatories of the Belgian SDG Charter for Development have therefore expressed their commitment to contribute towards the UN’s Sustainable Development Goals (SDGs).