The FXBVillage model helps the poorest in the world to regain their dignity, with sustained results

How to break the cycle of poverty and hopelessness? The FXB Association has developed an approach that combines empowerment, guidance and material support and has been applying this FXBVillage-method in 10 countries. It measures the impact of this approach and applies the lessons learned from evaluations to regularly adjust its programmes. This is done in concertation with its partners, including the King Baudouin Foundation, which has been supporting its programmes in Burundi for many years. 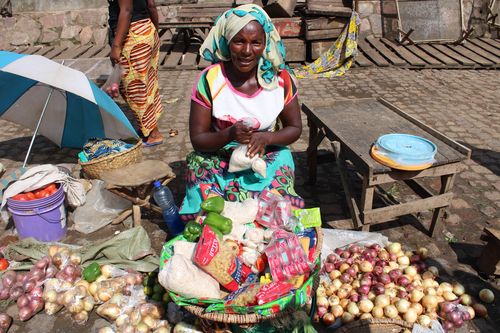 The Buterere slum in the Burundian capital Bujumbura is home to some of the poorest people in the country. They occupy homes that are often no more than shacks and try to survive by looking for waste food on the city’s nearby landfill sites and occasionally selling the things they find, such as pieces of charcoal.

Through its FXBVillage programme, the Swiss François-Xavier Bagnoud Association (FXB) supports the poorest of the poor in slums such as these. FXB has existed for almost 30 years and has been, or is still working in more than 20 countries. The FXBVillage model has been implemented in ten of these locations. The King Baudouin Foundation has been supporting the FXBVillage projects in Burundi (and formerly in Rwanda) for 15 years.

What is special about FXBVillage is its overall approach, which involves a three-year engagement with a group of participants in a neighbourhood. ‘Under-nutrition, disease and unhygienic living conditions… people living in the greatest poverty struggle with complex problems. It would be wrong to focus on their income alone. Our response is an approach that simultaneously addresses five aspects in an integrated way: nutrition, health, education, healthy housing and environment, and economic empowerment’ says Christine Eggs, Director of FXB.

The families – many of them single mothers with children, but also some couples with children – receive guidance, information and training, but also health insurance, food products and money. Initially the latter provide for the majority of their needs, but the material support is gradually tapered off as the families start a small business to generate their own income, often a small shop.

FXB addresses this situation differently from organisations such as microcredit providers. “Our target group is the poorest of the poor, and these people are often ineligible for microloans. In Burundi, for instance, most borrowers are people with jobs and their salary is transferred to the credit institution. The people in our target group do not have paid employment and they have no homes or land to offer as security. In any case it is very difficult to get a microloan for small agricultural businesses”, explained Christine Eggs. “The most important innovation of our approach, which we introduced in 1991, has been the donation of a small seed capital – rather than a loan – which enables families to become economically active and progressively acquire a sufficient and regular income. This small start-up capital protects them from the risk of indebtedness that would push them even deeper into poverty. The question of microcredit will be addressed in a later phase of development or diversification of their business”, she continued, “but not until the second year, after we have empowered participants and trained them in budgeting and business management.”

In this way FXB aims to break the cycle of poverty and is not afraid to have its approach evaluated by external consultants. Participants in several projects in Burundi have been sought out to find out whether they have managed to improve their quality of life on a long-term basis. Some of the projects were completed more than eight years ago, others about five years ago and others only about three years ago.

Not encouraging at first sight

At first sight it does not appear to be a very encouraging picture. For many participants their situation deteriorated again after the programme came to an end. Christine Eggs provided some more detail: “It is true that many families are worse off again in some respects. In recent years the situation in Burundi has been extremely difficult and fragile, with a political and economic crisis and high inflation, increasing insecurity and, on top of that, there have also been severe floods in these neighbourhoods. The results have therefore not been as sustainable as those in Rwanda, for example. On the other hand, you could take a more optimistic view. The families are still better off than before they entered the programme and they are also at least as well off or better off than the residents living around them. It must be remembered that they were clearly the poorest people in the slum at the beginning.” Also, the evaluation method did not take into account the consumption of food grown by the families themselves, so that their income was underestimated to some extent.

In many cases, partly due to the floods, the sanitation situation has deteriorated once again. On the other hand, there have been some nice results: the families have more food and better food in comparison with both their own previous situation and the national average. There have also been major improvements in terms of health care: better protection against infant mortality and complications of childbirth, major reductions in malaria, everyone has been tested for HIV/AIDS and is aware of the risk factors, and there are fewer unwanted pregnancies. In all the neighbourhoods where there has been a FXBVillage project, more children aged five to seventeen are attending school, again in comparison with both the previous situation and the national average.

FXB has been learning from the evaluations it undertakes for thirty years and, where necessary, it enters into local partnerships to adapt the model to meet local needs. Participant groups in the slums involved are being transformed into genuine, somewhat larger savings and loan groups. Each group is given five mobile phones so that they can be updated more quickly about weather forecasts, news on the security situation, information on family planning and finance etc. Other novelties are additional vocational training for young people and guidance to help farmers to work in more sustainable ways for the climate.

“Due to the extra difficult circumstances in Burundi, after discussing this with our partners, including the King Baudouin Foundation, we see it as vital to extend new programmes to a fourth year. During this time, no more material aid will be provided but there will still be further guidance to make the achievements of the first three years more permanent”, concluded Christine Eggs.

The King Baudouin Foundation has supported FXB since 2006, in collaboration with the Funds Amélie, Corbier and Jourdain, managed by the KBF, and with the Swim for Life action and Comptoirs de la Méditerranée. A total of over 780,000 euros have been attributed, about 2/3 of which has been for FXBVillage programmes in Burundi and the rest in the DR Congo and Rwanda.