“For its contribution to a sustainable development based on the strengthening of democracy, tolerance and citizen participation, by producing and disseminating qualitative information through a network of local radio stations and by promoting professional ethics in the media world.”

The KBR68H radio news agency was founded in 1999, at a time when Indonesia was on the verge of a democratic opening. Five years earlier, a number of media professionals and pro-democracy activists had set up a group, the Utan Kayu Community, whose aim was to promote independent information, in a society where censorship was the rule.

When the authoritarian Suharto regime was brought down, this opened up several new opportunities with regard to freedom, especially for the press. The Utan Kayu Community responded by creating  KBR68H, a radio news agency, which supplies information to a network of hundreds of local radio stations throughout the country. In just a few years, KBR68H graduated from a small group of individuals who lacked any experience in radio into a highly respected professional organization offering a reliable source of information to tens of millions of Indonesians throughout the archipelago, and to millions more throughout Asia.

The creation and the development of KBR68H’s activities have been influenced by changes in Indonesian society, as well as the evolution of the notion of the media’s role in development processes. The resulting link between democracy and the dynamics of development is entirely consistent with one of today’s primary challenges, which is also obvious from the noticeable change in the choice of the successive winners of the King Baudouin International Development Prize. 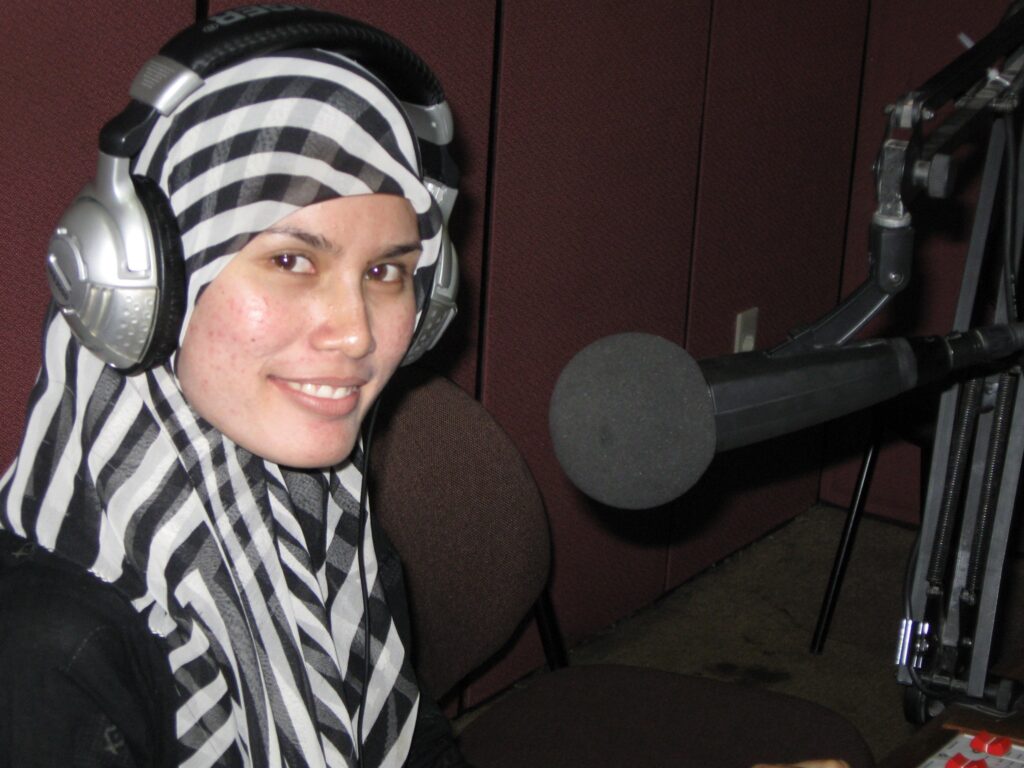 KBR68H is a radio news agency, established in Jakarta. It provides eight hours a day of independent information and educational programmes to 630 radio stations all over Indonesia and in ten countries in Asia. Many of the programmes KBR68H produces are interactive theme-based talk shows, which are hugely successful, and among others discuss themes related to religious tolerance, human rights, and the environment.

Its work philosophy and its social impact make the KBR68H radio news agency the winner of choice for the King Baudouin International Development Prize. Its main objective is to foster a democratic transition and to consolidate democracy by distributing accurate information about developments in Indonesia. Citizen participation is thus encouraged, thanks to a better understanding of the issues, challenges and positions concerned. This helps make citizens more aware of how society functions, enabling them to intervene. The main beneficiaries are those who are traditionally excluded from access to information.

Goals are one thing, but what about the results? The information gathered indicates that this project effectively contributes to forming independent public opinion, that it fosters citizen participation and religious tolerance, and helps connect Indonesia’s dispersed regions and open up the most remote parts of the country to information. The public is educated on democratic behaviour, in the broadest possible sense. The KBR68H initiative thus contributes, for example, to combating local corruption, by informing citizens about the facts and their rights.

KBR68H’s commitment is all the more relevant as Indonesia has been regularly plagued by serious religious tensions (including violent inter-religious conflict between Muslim and Christian, in the Moluccas) and by armed separatist movements (for example in Aceh, on the island of Sumatra, until 2004). Most of the inter-religious and ethnic conflicts are still latently present today.

Moreover, given the limited availability of high quality journalism training in Indonesia, KBR68H has set up a non-governmental organization (NGO), the Indonesian Association for Media Development (PPMN), dedicated to raising standards of media professionalism. The radio news agency shares the conviction that a professional media is vital to ensure its independence, credibility, and social impact, as well as facilitating protection, albeit not absolute, against infringements of freedom of the press.

These radio programmes emphasize both investigative journalism, still in its infancy in Indonesia, as well as the participation of the general public. The combination of both genres serves to multiply the occasions where the authorities are obliged to provide information about and explanations for their actions. The programmes are currently disseminated via internet and satellite to a network of 630 radio stations in Indonesia and Asia, with each station selecting for broadcast those KBR68H programmes that are of most relevance and interest to their listeners. In Indonesia the cumulative audience is estimated at 18 million listeners, but the number of people who benefit indirectly is higher if one takes into account the repercussions in terms of changes in Indonesian society.

KBR68H is the first interactive media channel of its type in Indonesian history. Radio was the medium of choice in order to reach the biggest possible share of the country’s population of some 240 million  people living across an archipelago made up of more than 17,000 islands, of which 6,000 are inhabited.

KBR68H prides itself on its political and economic independence. Journalistic independence, however, should not be taken to mean an absence of values, and the news agency is strongly committed to supporting populations affected by calamities, to battling corruption, to promoting tolerance, pluralism and fundamental human rights, and thereby facilitating Indonesia’s democratic transition.

KBR68H also has its own radio station, Green Radio (www.greenradio.fm) which is based in Jakarta, and which focuses on environmental concerns. Indonesia, widely considered to be the second richest  country worldwide in terms of biodiversity, faces multiple environmental challenges, and KBR68Hs Green Radio seeks to raise awareness both of the problems faced and also the possibilities that exist for overcoming them.

Supporting all the country’s media

KBR68H is also strongly committed to improving media throughout the country and has initiated a number of activities aimed at assisting with this. This includes providing material and technical assistance to radio stations affected by natural or man-made disasters, as was the case following the December 2004 tsunami, when KBR68H worked with its partners in the devastated province of Aceh to rebuild radio stations and thereby provide a vital means of information dissemination at a time when all
communications had been totally wiped out.

KBR68H and the non-profit organization it helped to establish, PPMN, also run a programme to build new radio stations in isolated parts of Indonesia, primarily in Eastern Indonesia, to provide much needed sources of information, education and entertainment to some of the least developed regions of the country.

KBR68H has also been a leading media training provider and, together with PPMN, has provided training for over 3,200 journalists, technicians, broadcasters and managers, as part of their efforts to raise standards of professionalism in the media industry.

KBR68H’s activities also have an impact outside Indonesia and its example has inspired others to develop similar radio networks in neighbouring countries with fragile democracies such as Nepal and Pakistan. Since 2003, KBR68H has also been producing a weekly regional current affairs radio programme, Asia Calling, the only programme of its kind that is produced in Asia, about Asia, by Asians. Today, the programme is broadcast throughout the region, from Afghanistan to Australia, by 240 radio stations across 11 countries and in 9 local languages, providing millions of listeners with rare insights into the critical issues facing the region and how these impact the lives of ordinary citizens. (www.asiacalling.kbr68h.com)

The media – An important actor in the development process

For a long time, the media’s role in development has tended to be considered as simply a conduit for development policies, or as a support for a host of different awareness campaigns. Gradually, however, this view has changed. The broader interpretation of the notion of development, which now also  includes democratic concerns and the participation of populations in decision-making processes affecting them, contributed to this. The availability of accurate information contributes to building a well-informed society and to combating corruption, and also consolidates democracy. The provision of information on social dynamics enables citizens to understand, and subsequently – in the best cases – influence the evolution of societies. The media is thus increasingly recognized as being an indispensable actor in the development process, in the broadest sense of the term.

In Indonesia, KBR68H is playing just such a role. Just over a decade since the country began its transition to democracy, this radio news agency is a unique medium able not only to disseminate information to some of the most remote parts of the country, but also to allow people from all walks of life and regardless of their geographic location to participate in debates about Indonesia’s transition. In this way, KBR68H is helping to embed among citizens a clear understanding of the importance of promoting and protecting fundamental freedoms and, in so doing, to ensure that Indonesia’s democratic future is assured.

Donate
Share this article
Back to KBF Africa Prize