“I’m told you work in development! But what exactly do you do?“, his uncle asked him one day. That was in 2006. Deogratias Niyonkuru had spent some 30 years working alongside Congolese and Cameroonian peasants. With his head full of ideas, he returned home to Burundi and got involved in the creation of ADISCO, an association that aims to increase the autonomy of peasants and build viable economic and social models with them. ADISCO’s work has been financed by the Carlier Fund since 2011, and has been awarded the KBF Africa Prize 2014-2015.

A book to call for change

In his essay Pour la Dignité paysanne, published in 2018 by GRIP, Deogratias Niyonkuru addresses existential questions. What are the priorities for African farmers? What types of support? How to reconcile productivity improvement, rural poverty reduction and ecosystem preservation? Despite the abundant literature on the subject, the approach is not redundant, on the contrary. 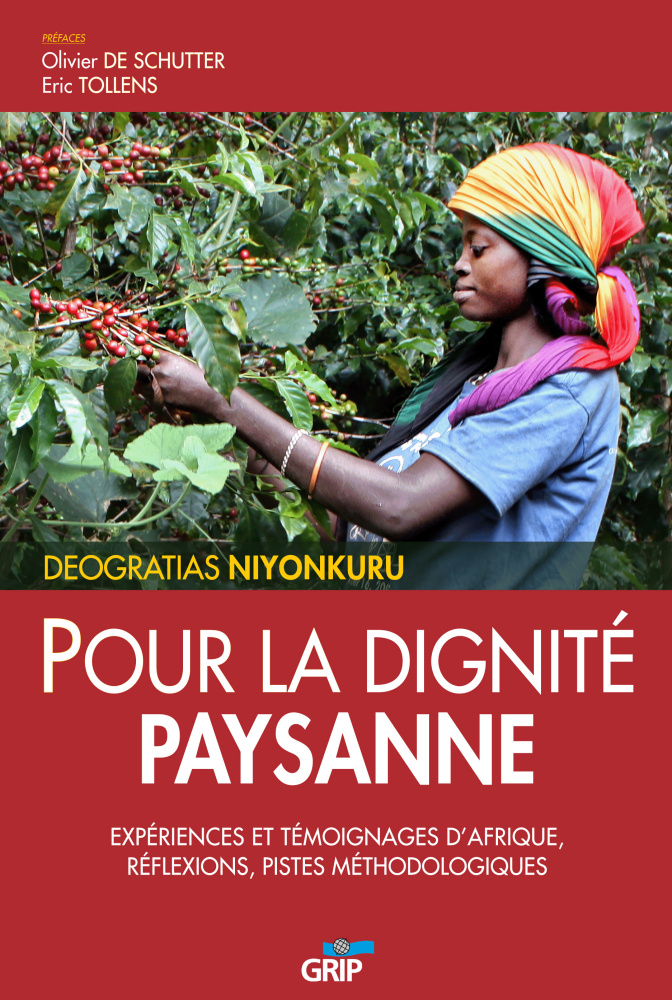 “Because it comes from within the world it describes, this book fills a gap. Farmers in general don’t write. Expert quarrels make such a racket that their voices become inaudible. This essay gives them back their voice. It makes them heard…”, says Olivier De Schutter in his preface.

With its central message – to help small farmers, and especially women farmers, to regain confidence in themselves and in their farming profession, in order to regain their dignity – it goes completely off the beaten track. A wide audience will benefit greatly from it: development workers, students and teachers, as well as public authorities.

With a view to maximum dissemination, a 16-page summary of the book is available in French, English and Dutch.

A Fund to finance the implementation in Burundi

Deogratias Niyonkuru decided to use the profits from the sale of his book to establish a philanthropic fund within the KBF. The money from the “Pour la dignité paysanne Fund” is used to finance the implementation of several of the book’s recommendations, starting with a region of Burundi where households in precarious situations are supervised by the ADIP, Association pour la dignité paysanne, in order to develop an integrated family farm.