ADISCO – Appui au Développement Intégral et à la Solidarité sur les Collines – adopts a vision which is diametrically opposed to the traditional approach of ‘development aid’, namely that of mobilising the resources of Burundian peasants to develop their autonomy and to work with them to build viable economic models. 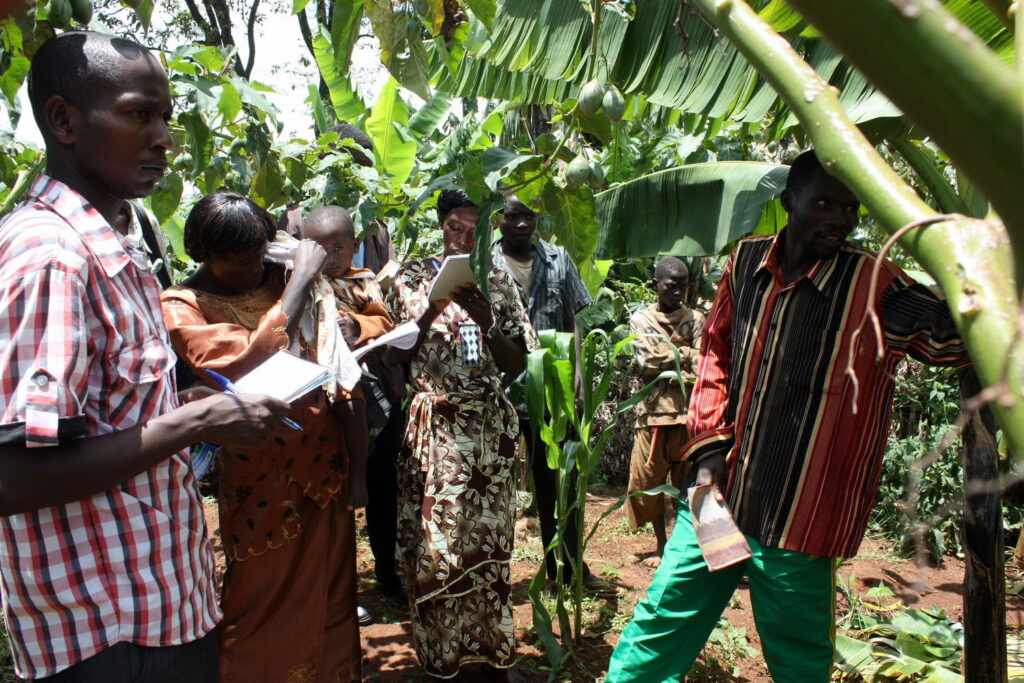 ADISCO was founded in 2006 by a group of Burundian business people who decided to come back to their country after peace had returned. Its objective is to encourage hillside communities to work together in prosperity and dignity. “ADISCO starts from the idea that poverty is rooted in the loss of self-confidence, which in turn nourishes a feeling of fatalism and resignation,” says Deogratias Niyonkuru, Secretary General and one of the founders of ADISCO as well as its main source of inspiration.

“ADISCO wants to free people from the weight of feeling that they are condemned to a life of poverty.”

To generate its energy, ADISCO relies on a number of ‘actors of change’: men and women who represent their communities and are recognised by them less for their technical expertise but rather for the human values which they embody. After a period of training, these reference figures set up around themselves ‘groups of self-promotion and solidarity’ – known as ‘IGGs’ in the Kirundi language. It is from these core groups that various individual and community projects are born.

What does this mean in practice? Unlike the somewhat exclusive crops promoted by large development agencies, ADISCO helps hillside communities develop integrated family farms, which are better suited to small African farmers, in particular to those living in over-populated regions or in the mountainous areas where the soil is poor. Such an integrated approach limits the risks of dependency on a single crop, especially in case of fluctuations of climate, crop disease, or supply and demand. In addition, it preserves the region’s natural resources and ensures food security and a stable income for the local communities. ADISCO supports these small integrated farms and encourages the establishment of self-managed cooperatives, in an effort to ‘mutualise’ running costs and strengthen the position of farmers in their negotiations with buyers. At the end of 2014, the 2,102 IGGs represent 17,100 households, accounting for some 97,400 people.

Given the scantiness and over-exploitation of land, it is equally important to promote non-farming employment. ADISCO therefore supports leading entrepreneurial projects that provide added value for the local community, particularly for young people, so that they can have easier access to training and to relevant technical and commercial information. 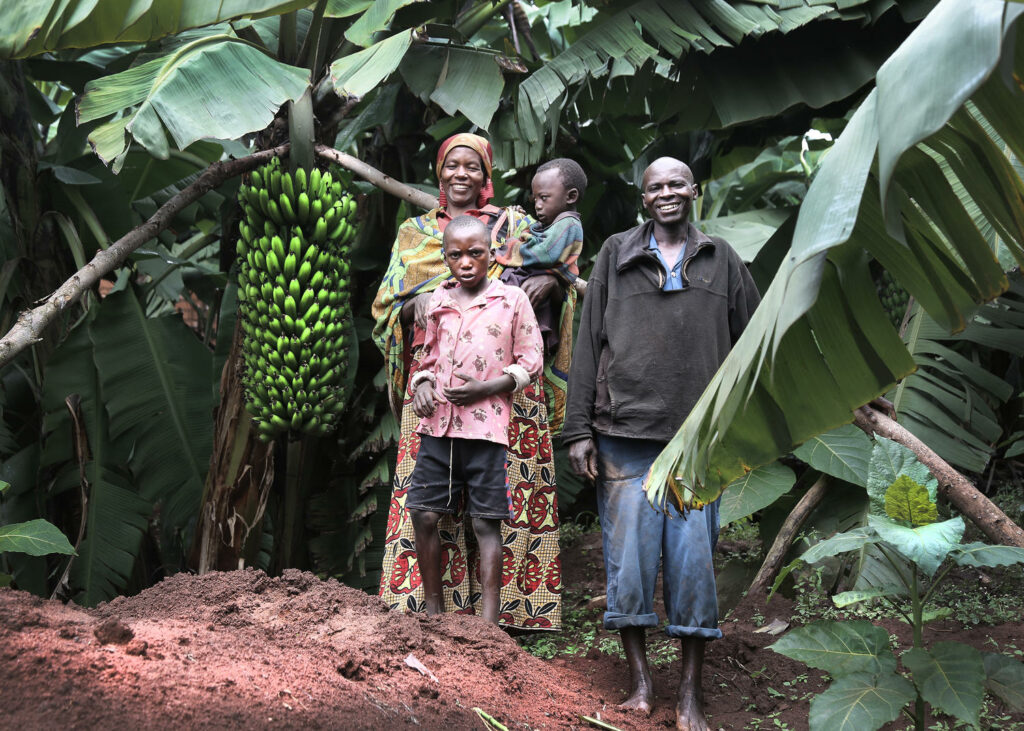 A third important field in which ADISCO is active is that of health. Poverty and insecurity have had a disastrous effect on sanitary conditions among the poorest people. In response to this challenge, ADISCO decided to support the creation of health insurance societies, which enable healthcare costs for the hillside communities to be organised collectively. This movement is gathering strength and today, 25 health insurance groups cover a total of 113,442 people.

A further innovative aspect of ADISCO’s approach relates to its funding. Deo Niyonkuru explains: “We limit external financial support as much as possible because we know that this ‘cold’ money – easy money that gets to the communities without any effort – rarely generates sustainable development. Moreover, all local initiatives are completely autonomous from a financial point of view. They work thanks to a number of tools which mobilise internal resources, such as the payment of subscription fees for the health insurance societies, the selling of shares in the cooperatives, and contributions made to some sort of ‘African tontine’ that was adapted to meet the needs of the IGGs.” The process that leads to complete autonomy for cooperatives and health insurance societies may need support for a period of five to six years, whereas the IGGs are entirely autonomous as soon as they are set up. The expenses associated with ADISCO’s coordinating and stimulating role are covered by financial contributions from a handful of loyal partners in Europe and Canada.

Thanks to its simplicity, ADISCO’s development model  is easily transferable to other regions and countries, as it is soundly rooted in African culture and local tradition, and only mildly dependent on foreign aid. It is indeed no accident that, in just a few years, more than two thousand IGGs have been set up in the four priority regions where ADISCO operates (Kirimiro, Buyenzi, Mumirwa and Bugesera). This incredibly fast growth is almost organic in nature, thanks to the input of leaders who are not distant experts but people who are recognized in their own communities. Each initiative develops at its own speed, depending on the opportunities of the local area. When ADISCO intervenes to support a specific initiative, it takes great care to ensure that it was conceived and developed by local people and in particular by those who have traditionally been excluded from decision-making, such as women, young people, the underprivileged and members of minorities. This is truly inclusive empowerment.