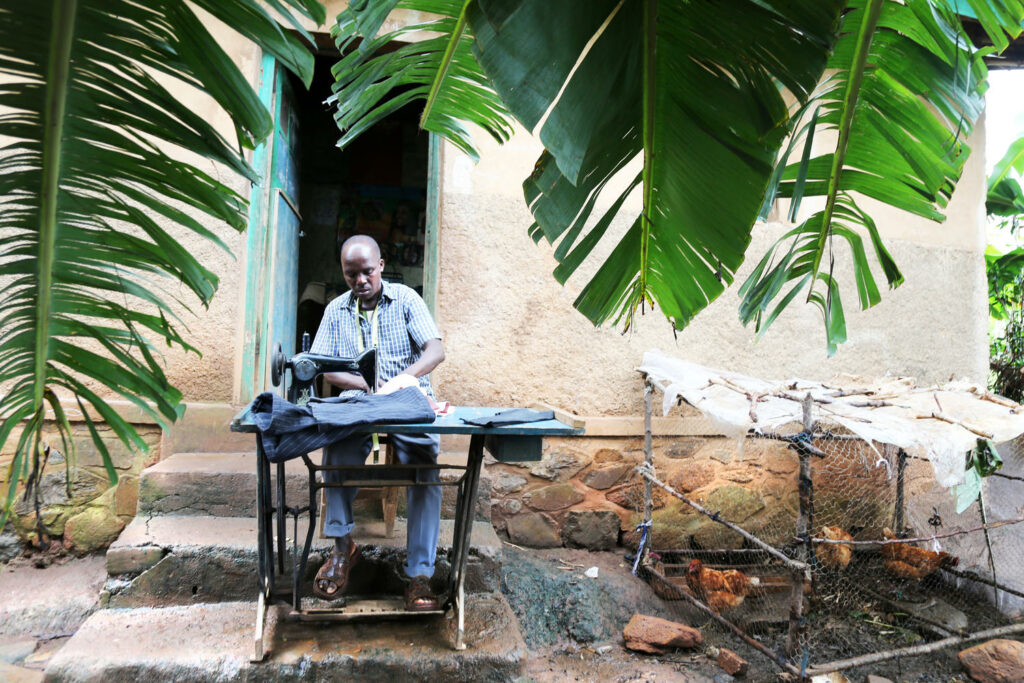 ADISCO was awarded the KBF Africa Prize for its work in encouraging entrepreneurship and creating cooperatives and health insurance societies federated at national level, so as to strengthen the financial autonomy of individuals and sustainably change the conditions of living together for the people of Burundi.

ADISCO – Appui au Développement Intégral et à la Solidarité sur les Collines – was founded in 2006 by a group of Burundian people who returned to their country after peace had been restored. Its objective is to encourage communities in the ‘collines’ (hills) to work together in prosperity and dignity.

To engage communities, ADISCO relies on a number of ‘actors of change’: men and women who represent their communities and are recognised by them less for their technical expertise but rather for the values which they embody. After a period of training, these reference figures set up ‘groups of self-promotion and solidarity’ – known in Kirundi as Imigwi yogutererana no gufatana munda, ‘IGGs’. It is from these core groups that various individual and community projects are born.

“ADISCO starts from the idea that poverty is rooted in the loss of self-confidence, which in turn nourishes a feeling of fatalism and resignation.”

ADISCO helps the communities in the collines develop integrated family farms, which are well suited for small farmers, in particular to those living in over-populated regions or in the mountainous areas of Burundi where the soil is poor. Such an integrated approach limits the risks of dependency on a single crop, in the context of potential shortages in rainfall, crop disease, and supply and demand. In addition, it preserves the region’s natural resources and ensures food security and a stable income for local communities. ADISCO supports these small integrated farms and encourages the establishment of self-managed cooperatives, in an effort to ‘mutualise’ running costs and strengthen the position of farmers in their negotiations with buyers. At the end of 2014, the 2128 IGGs represent 18094 households, accounting for some 97,400 people.

Given the shortage and over-exploitation of land, it is equally important to promote non-farming employment. ADISCO therefore supports entrepreneurial projects that provide added value for the local community, particularly for young people. These projects enable young people to have easier access to training and relevant technical and commercial information.

ADISCO is also active in the health sector, where ADISCO is supporting the creation of health insurance societies to enable the healthcare costs of hillside communities to be organised collectively.

A further innovative aspect of ADISCO’s approach relates to the organization’s funding. IGGs are entirely autonomous as soon as they are established. The process towards complete autonomy for cooperatives and health insurance societies may need support for a period of five to six years. The expenses associated with ADISCO’s coordinating and stimulating role are covered by financial contributions from a small group of loyal partners in Europe and Canada.

Thanks to its simplicity, ADISCO’s development model is easily transferable to other regions and countries, as it is well established, and relies on only a small amount of foreign aid. In just a few years, more than two thousand IGGs have been set up in the four priority regions where ADISCO operates (Kirimiro, Buyenzi, Mumirwa and Bugesera).

The incredibly fast growth in IGGs in Burundi is almost organic in nature, thanks to the input of leaders – rather than being distant, inaccessible experts, the leaders are recognised in their own communities. Each initiative develops at its own speed, depending on the opportunities of the local area. When ADISCO intervenes to support a specific initiative, it takes great care to ensure inclusive empowerment that it was conceived and developed by local people and in particular by those who have traditionally been excluded from decision-making, such as women, young people, the underprivileged and members of minorities.

Finally, as the causes of poverty are often rooted in policies determined at regional or national levels, ADISCO also works to establish networks that engage broader civil society, so as to influence structural orientations.

These alliances are bearing fruit: federations of cooperatives and health insurance organizations have already succeeded in modifying agricultural and health policies.

Little by little, a new generation of leaders will need to emerge to take over from the founders of ADISCO. Such a change is being actively prepared, notably at the Haguruka University, a training centre where managers of the cooperatives and health insurance societies develop their skills and from which new social leaders will emerge. Capitalising on experience gained also takes place through training modules, publications and websites.

To conclude, ADISCO proposes a ‘development model’ which is very different from more usual approaches. ADISCO stimulates the mobilisation of local resources, rather than focusing on the distribution of external funding to needy beneficiaries. It empowers local agents of change recognised by their own communities, rather than relying on distant technical expertise. It promotes responsible behaviour and financial autonomy, rather than dependence on foreign aid. The spectacular expansion of this innovative model is the best possible proof of its pertinence and its responsivity to the realities on the ground.